Pavilion rocks to the sound of Latin rythms 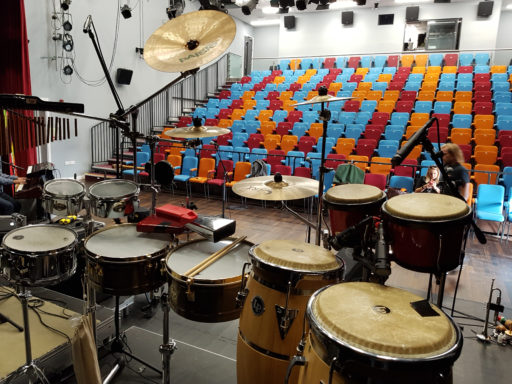 The calm before the storming performance

Teignmouth Pavilions rocked to the sound of Latin rhythms, on Saturday, as Oye Santana played to a full house.

Paying tribute to a band, and guitarist, whose music began in the late ’60s, the audience was treated to early favourites such as Evil Ways, Soul Sacrifice and Oye Como Va.

They also performed hits such as Smooth, Samba Pa Ti and Maria Maria, as well as covers made famous by Santana: Black Magic Woman, and She’s Not There.

An intensely emotional arrangement of While My Guitar Gently Weeps was, perhaps, the highlight of the whole evening.

The audience was privileged to hear seven musicians who are technically gifted, full of enthusiasm and show an obvious love for, and keen understanding of, a world-famous band.

Ably led by guitarist Milan Webb, they perform with smiles on their faces and passion in their hearts.

With two percussionists and a driving bass providing the platform for gifted keyboards and energetic vocalists, they even encouraged dancing in the aisles!

It is billed as ‘The best Santana tribute in the world’, and the majority of the audience wouldn’t argue with that.

Best tribute band in the World? Quite possibly! We are so fortunate the Pavilions can bring us music of such high quality.

How the Hillingdon & Uxbridge Times previewed our Norden Farm show…